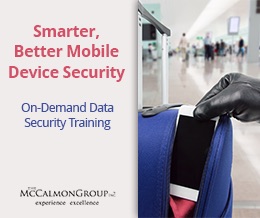 The U.S. Department of Labor (DOL) has published a final rule, which revises its previous interpretation of the Fair Labor Standard Act's classification factors for determining whether a worker is an independent contractor or an employee.

With a growing gig economy, independent contractors play an important part in many organization's business models.

At least for FLSA purposes, employers should be able, under the new regulation, to more easily classify workers as independent contractors and to avoid providing employee workplace protections, overtime pay, paid leave, and other employee benefits to them.

The new regulation uses the "economic reality test" - a test which has been used by courts previously. It has five factors, equally weighted, to use to consider in determining whether a worker is an independent contractor or an employee.

This new DOL regulation suggests that two of those five factors (i.e., the nature and degree of the worker's control over the work and the worker's opportunity for profit or loss) should be considered as having greater weight and importance in the analysis than the other three factors (i.e., the amount of skill required for the work; the permanence of the working relationship; and the extent to which the services provided are an integral part of the employer's business).

Despite this new regulation, employers must remember that states (ex. unemployment and worker's compensation) and other federal agencies (ex. IRS) use different legal tests for determining independent contractor status.

The rule is scheduled to be published in the Federal Register as of January 7, 2021, and will take effect 60 days thereafter. In the meantime, a new federal administration will take over on January 20, which means the regulation could remain or could be amended in the near future.

The McCalmon Group will keep you up-to-date on this and other workplace developments.